This summer in a field outside Rio, an ancient spectacle returns to the pageantry that is the Olympic Games.  Extreme Bocce Ball becomes one of 306 competitions covering 28 sports and the United States National Team has legitimate medal aspirations.  Currently ranked number four in the world by the Fédération Internationale de Bocce (FIB) or the International Federation of Bocce Ball, the unlikely pair from outside Olympia, Washington have skyrocketed up the fledgling international extreme sport circuit.  Teammates Ryan Healy and Guy Simpson, both middle school teachers in a small town called Yelm, Washington, took to the sport like they were reincarnated Roman Gladiators.

“We first got a Bocce Ball set when we were shopping at Ross,” the bearded and stout, six foot-two Healy stated.  “We were coming off of our run as badminton teammates for the London 2012 Olympics, and we felt we needed a change.”

“And we played our first match against the Dinosaur team in Granger,” added the bald, hulking six foot-five Simpson.  “The game just seemed to be a natural fit for us.”

They found themselves entering local Bocce Ball tournaments, often playing for nickels, or assorted loose change, but they always felt like there was something missing from the sport.  “We looked online and found the Extreme Bocce Ball Union and decided to throw our balls into the competition, so to speak,” said Simpson.  Over the next two grueling years of intense practice and dedication to their sport, Healy and Simpson rose up through the national ranks and began competing on the international level.

At the 2015 FIB World Championships, the American middle school teachers took the competition by storm, with their aggressive and unorthodox style of play that harkens back to Roman traditions.

“As educators,” Healy stated.  “We did our homework, and found that the Romans had really elevated the game.”

“For some legionnaires it was it was a natural progression from the gladiator arena to the Bocce court,” Simpson added.  “And we kind of always felt a brotherly bond to each other, and then we elevated our commitment as teammates in this blood sport.”

Simpson’s words seemed eerily true, but had Bocce Ball always been a blood sport?  It has in fact, been evolving for thousands of years. The basics of the game can be traced back to games that were played in Egypt around 5000 BC when people first began settling along the Nile Delta. Records dating to the 3rd century BC also show the popularity of a Bocce-like game with Roman soldiers. As the Roman Empire spread, this game was introduced throughout the European continent, Asia and North Africa.  And for some it was a way out of the gladiator arena, and into the Legions of Rome.

Bocce Ball is one of the oldest of all lawn or yard games. Still best known in Italy, it is gaining popularity in North America since it can be played by people of all ages and on a great variety of surfaces. Bocce is played between two players or two teams of up to four players on a team.

The object of Bocce is to get as many of your bocce (bigger, weighted balls) as close to the pallino (smaller target ball) as possible. If you are successful in getting your bocce closer to the pallino than your opponent, you are awarded points. 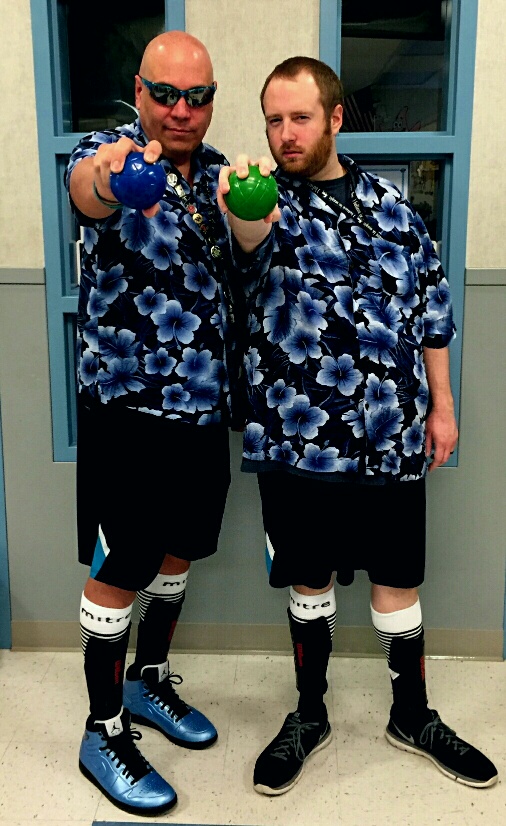 Extreme Bocce Ball isn’t your grandparents Bocce Ball, it is steeped in the traditions from the Roman Army.  The teams take turns being attackers and defenders, defenders can attempt to block the throws of their opponents with their lower legs.  Players wear leg armor to protect their bones.  This is where the American team has shined through their unorthodox play.  Simpson leads FIB in player knock outs, and in penalty points.

“If you hit a defender above their leg armor it’s an automatic one point deduction,” Simpson explained.  “So most players throw underhand and try to avoid the defenders to get a clean shot.”

But not Simpson.  He throws overhand, like a baseball pitcher, and those weighted bocce’s have knocked out more than a few of the biggest Bocce stars along the American team’s rise to the pinnacle of the game.  Simpson said the hardest part is actually hitting an opponent nearly 70 feet away.

“Not for lack of aim,” Simpson explained. “More so because of the smaller stature of most of the men who play the sport on the international level.  Ryan and I are practically giants every time we take the court compared to most of the teams we play against.”

“They are rather diminutive,” Healy agreed with a grin.

Healy is one of the best position throwers, or attackers in the sport, and his ability to lean on the pallino target is a remarkable 0.540 ppi, nearly 0.190 ppi higher than anyone else at this level of the sport.

“Because I am so blessed in my ability to score, taking the penalty points during a match has never really hurt,” Healy stated.

FIB has begun considering making body armor, and helmets required safety equipment, but that will not come until after the Rio Olympics.  So this August, make sure you catch the United States National Extreme Bocce Ball Team in action as they compete for a medal, in what many call a barbaric version of a classic lawn game, but what true students of the game admire for the purity of the ancient Roman traditions.

Fans of the American team have a chant, “Here’s a nickel for the trolley!” It is raucously shouted out whenever Simpson has drawn a penalty point and knocked out an opponent. After spending some time getting to know the sport and these two quirky players, I think I am going to take my nickel for the trolley and use it to place a wager on their ability to bring home a medal, the first by an American team in this sport. 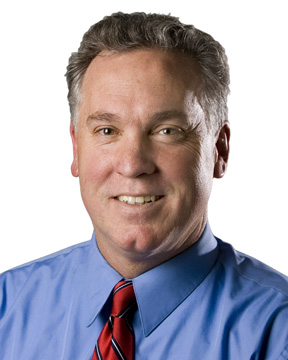 Writes on topics from human interest to politics. He is working on a book, Extreme Bocce Ball: an Ancient Roman Blood Sport, based on this article. He is returning to Italy this summer to gather material for a follow-up essay, and will be covering the Extreme Bocce Ball competition at the Rio 2016 Olympics in August.

His column appears Sunday, Tuesday, Wednesday and Friday in the Nevada News section of the Las Vegas Review-Journal. Visit the eForums to discuss local news